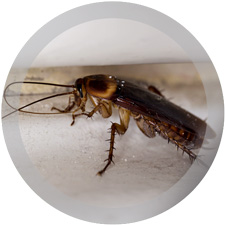 American cockroaches are disgusting home invaders with a reddish brown tint. They scurry around on their 6 legs looking for food. Growing from 1.25 inches to 1.7 inches in length, these pests can infest a house quickly due to their fast reproductive habits. 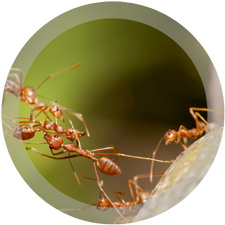 Ants can be black, brown, red, yellow or some variation of any of these colors. In the USA, they range in size from a little less than a millimeter to nearly 2 inches long. They have 3 segments to their body and six legs. Their antennae stick up from their heads and are bent rather than simply curved. An ant's abdomen has a teardrop shape to it. 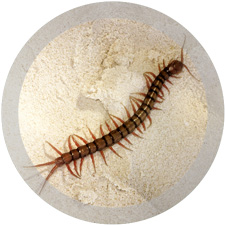 Centipedes are long, multi-legged, flattened insects that have a multitude of segments. They can range between .75 inches to over 6 inches in length. With all of those legs, centipedes can scurry rapidly over nearly any surface. 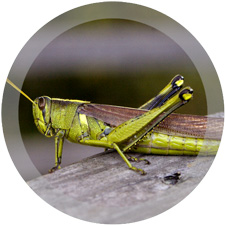 Crickets are large hopping insects with long legs and antennae. They range in color from the common black to a brownish tint. Male crickets produce a "song" which resembles a rapid chirping by rubbing their wings together. 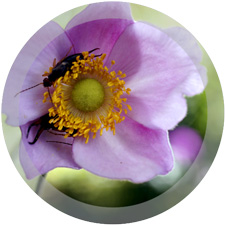 The earwig is a particularly devilish looking insect with pincher tails and an elongated body. They can grow as large as 1 inch long and are brownish black in color. 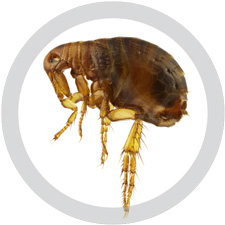 Fleas are small hopping insects with six legs and a 2-part body with the abdomen being several times larger than the head. They are very small and often difficult to detect visually. They have very thin, flat bodies that makes it difficult to remove them with standard grooming tools such as brushes and combs. 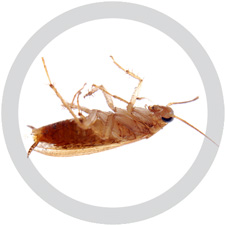 German cockroaches grow to 10-15mm long and range in color from brownish tan to dark brown. They have two distinct bands running the length of their bodies. The male is slender and tapered, while the female is stockier, with a more rounded abdomen. 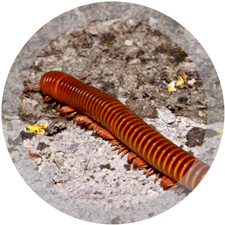 Millipedes are tube-bodied, multi-legged pests that crawl very slowly. Their unique look is impossible to mistake for any other pest.

Mice are small rodents with thin bodies ranging from 5-8 inches in length including the tail. Without the tail, their bodies usually reach a maximum size of between 2-3 inches long. They have pointed snouts and rounded ears and are covered with smooth brown, gray, or white fur. 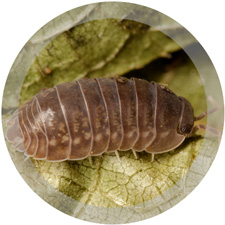 These bugs are usually smaller than 1" in length with ovular bodies and many very short legs. They can roll up in a ball, thus gaining the nick-name "roly-poly". 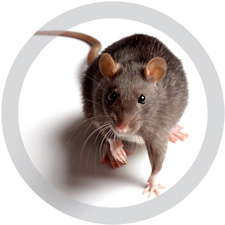 While many believe that a rat is just a large mouse, they are a completely different species. Rats can reach as large as 18 inches long and have been known to bite humans when cornered. Rats can be black, brown, or gray in color. 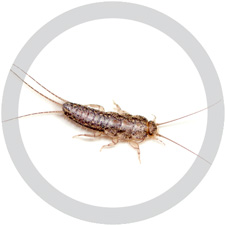 Silverfish are small insects less than one inch in length. They have long antennae and a body that diminishes in girth as it nears the rear. They have multiple short tail-like protrusions and can move in all directions. Some have even been known to jump! 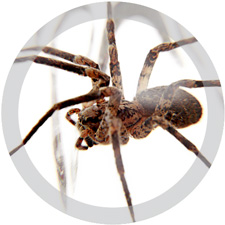 While there are thousands of types of spiders, they all share similar characteristics. They have eight legs and a large 2-part body with an abdomen that is much larger than the head. They have pronounced pincers on their head that they use to bite or sting their prey. Most spiders spin webs, though some do not. 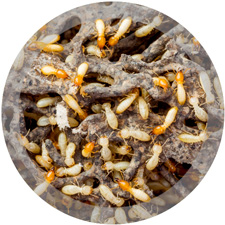 There are several castes of termite in the subterranean termite colony, each with significantly different appearances. The two castes most likely to be seen by a homeowner are the workers that may be found crawling around looking for wood sources, and the swarmers that may be seen flying in large numbers looking for a good place to establish a new colony. The workers are about one eighth of an inch long with a short, larva-like body and six equal length legs. They have short antennae and a head that usually rivals the width of their body. The swarmers have a pair of wings that extend well beyond the back of their bodies, allowing them to fly efficiently for long periods of time. Their bodies are thinner than the workers and their antennae are usually longer. They are often mistaken for flying ants. 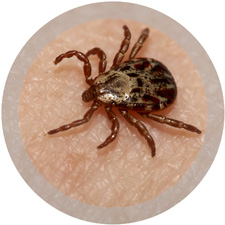 Ticks are small, flat bugs with 2-part bodies and very small heads. They are not insects, because they have 8 legs like a spider. They have no antennae and live on the blood of their hosts by burrowing their head into its flesh.